Google already has a not so pretty history of a confused lineup of messaging apps. I guess, Google simply likes being in this zone! Similar has been the case with Google+ too (which is shutting down for the second time now!).

But, let’s focus on another area where I seriously feel Google might end up creating another mess! I am talking about their two apps— Google Keep and the very recent Google Tasks. Let’s begin!

Brief Background about Keep and Tasks

Google Keep is a note-taking app that google launched in 2013 across android, iOS and the Web. It has many other features such as setting reminders, saving links and pictures to notes, assigning tags to notes, ability to archive them, real-time multi-device sync, checklists, color-coding, etc. It even has OCR built-in that can extract text from images for quick note-taking. Reminders set in Google Keep appear in Google Calendar too!

Google tasks is basically a dead-simple To-Do list app that has been integrated with Gmail and Google calendar. It offers adding tasks, subtasks, recurring reminders and even task-lists. It even offers ability to create tasks out of your emails and adding tasks from Google Calendar.
Google Tasks on the other hand is a rather recent chap. Okay, it’s been around on the web since 2008, but it was mostly ignored as it just had abilities to add tasks from Gmail! In 2018, Google revamped the product— Scrapped the Tasks Web portal, added tighter Gmail and calendar integrations and even launched a mobile app for both android and iOS!

Read the above briefings? Noticed one thing that how micro-scoped Google Tasks actually is? Just add tasks and reminders and nothing! It’s just a plain vanilla tasks app with Gmail and Calendar integrations! – Precisely, this is the problem I am talking about!

This is Google Tasks— In just one screenshot

In effect, Google themselves know that they could’ve implemented these features in the already popular and familiar Google Keep! But for reasons unknown, they simply let it go ahead.

Probably one can take a stand that Tasks is just for creating and tracking tasks in a simplified manner while Keep is for note-taking needs, it’s your whiteboard basically!

I agree and second the fact of keeping things simple-
But if you have an existing product that already has the features you are offering in the new product; Plus when the existing product is actually superior to this new one, then why even think of launching a new product altogether? Why not just upgrade Keep to support those integration features? Why not just bifurcate Keep into 2 sections— To-Dos and Notes ?

This ‘Integration’ does not make sense if seen from scratch

The only USP that Tasks has is Integrations. You can add tasks from Gmail, from Calendar, create tasks out of emails- and they’ll sync all real-time across the Tasks web interfaces and the mobile app!

If we are talking about Integrations, then Google Keep too has it. Well, google just kept it partial though!- Your reminders added in Keep appear in Calendar! That’s it!

Now, God knows why didn’t the team working on Tasks simply not work with the Keep’s product team. In fact, they could’ve been just absorbed into Keep’s team!

I fear Google Keep— The app that perhaps is the best free Note-taking app available in the world, may be in real danger!
This fear is not random or haphazard— We’ve seen Google scrap some wonderful projects for no real reasons. A classic example is ‘Inbox by Gmail’ which was shut down just 4 years after its launch! If something had disrupted the “e-mails app market” during that time, it was this app! You can read more about it here!

I wouldn’t mind Google shutting down Keep, if they simply port ALL of its features into Tasks (if at all they are planning for a unification!). But, again, vintage Google is not good at unifying things too!😂🤦‍♂️.

Google has no one but only itself to blame for the reason of why I am even writing this article!
The reason why Google has been trapped in this mess, I feel perhaps, is due to their “letting a thousand flowers bloom” management style which more-off means letting teams make their own decisions. At Google, this works by letting respective teams make their decisions; and the prototypes of which are reviewed by an independent committee of employees before getting a go-ahead for their launch. While this style sounds good here to read, Google’s history in creating duplicate products, scrapping so many products/offerings quickly, is a mirror to their strategy that something inside is wrong!

So! Thank You for making it till the end here! Hope you liked reading this article!

So, what do you think; Will Google create another mess with it’s 2 ‘To-Do’ apps, or will it finally learn its lessons? Let’s wait and watch!

Oh, btw, if you don’t have these apps yet, you can download these now!- All download links are in the end of this article! 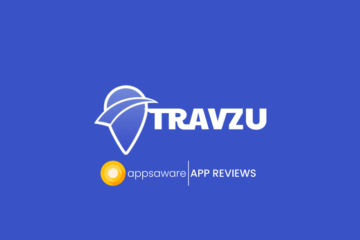