[Opinion] Whatsapp and Telegram – They Co-exist!

When Telegram first launched in 2013, it was really obvious for me to conclude that it was coming for Whatsapp. The developers being very active, kept on constantly adding new and useful features to their app. In fact, recently they just released a new video showing-off their 7-year journey of evolution!

Whatsapp launched in 2009 as a paid service (Yes!!!) – $1 / ₹50 per year (back then), then eventually in 2016, they made it completely free for everyone due to the growing number of users and users = data = totally worth it !
February 2014 was when Facebook acquired Whatsapp (and even also the data inside!) for $19b. Reiterating: users = data = totally worth it !
With some history being presented let’s dive in this ‘not-a-comparison the viewpoint of mine’

Yes, it launched roughly 3 years earlier than Telegram and was growing very quickly due to this (sort-of) never-before-seen idea of messaging. Facebook’s acquisition only compounded this growth later on. Telegram arrived in a world where people were already adapted to Whatsapp (& resistance to change has a very long-lasting impact but is not permanent either!)
Fast forward to 2020 and – Telegram has 400 million monthly active users a month while Whatsapp has 1.5 billion monthly active users…This the difference is still Huge..!

Tell me a feature and Telegram has it! Deleting messages (unlike Whatsapp’s where user gets to know something was deleted), editing messages, saving messages, chat folders, virtually no size limits on file sharing, superior photo/video editor (no stupid TikTok’esque features – looking at you Instagram), a heck of privacy and theming options, multi-device support (and we have this meh…Whatsapp Web on the other hand) all with an enjoyable and loving, fast, zippy interface.

Whatsapp likes being in the hype machine and Telegram is a darling for keeping things ready before you ask!

Do one thing…just google ‘Telegram upcoming features’, see the results.
Now, google ‘Whatsapp upcoming features’
I’ll wait……
Done..?
Noticed anything? No? then read on! Yes? then too read on!
With Telegram, there aren’t any exciting results (Either the features are already there…or we have a direct confirmation straight from the horse’s mouth!). Keeping it Straight. Keeping it Simple.
Oh by the way if you love to be on that bleeding edge, Telegram has a separate app for your people – Telegram X – the app which is the playground of Telegram devs to test new features! You’re welcome!

While doing the same for Whatsapp reveals the opposite!
No confirmation from Whatsapp over any upcoming features, just some speculations, some random public tests. Also, we even have a very nice person who persistently keeps track of features that Whatsapp’s might have planned or is testing (either on a pilot or public!) – @WaBetainfo, active on Twitter and even has a website!
Because Whatsapp never discloses about features it’s working on (Let’s keep the Whatsapp Payments thing out of this discussion please!), someone had to take charge to spy on them and be on the lookout! – WaBetainfo pretty well fill s that gap!
Coming to the point again…One thing is clear, Whatsapp consistently remains in the news because of its random exercises of server-side changes hitting random users (and some keen among them reporting those changes on Twitter / Reddit – where the news houses have their eyes on and the cycle continues).
Whatsapp’s upcoming search filters are a recent example (and I am 1 of those random users who has got to test it!)

Both Whatsapp and Telegram ask for your mobile numbers to sign-up. Okay. Next, On Whatsapp, If someone needs to contact you, you need to giveaway your mobile no. (which paranoids like me aren’t much comfortable with – sharing it openly with any random person!). While on Telegram, you needn’t show your mobile no. to anyone, if you opt to! (there is an option within settings to prevent displaying it to the world. The moment I saw it, I enabled it (because why not!)
Telegram is open-sourced (their app source code can be viewed by anyone), more privacy-focused, and has encryption (even of the backups) and doesn’t rely on any 3rd party storage for its backups (unlike Whatsapp as explained below). Also, any ‘Secret message’ sent on Telegram is not even stored anywhere (not even backed up!)
People might argue that even Whatsapp has end-to-end encryption, but then I say, it is not that safe because Facebook owns it – It is (I believe) an inherent risk when a company to which user data is so important says that they have enabled end-to-end encryption so that they cannot keep a check on you. I mean remember when Jeff Bezos’s Whatsapp chat was leaked (this is just 2 years back!)

Also, It’s chat backups aren’t encrypted – Both on Android and iOS, such is the case (Okay on iOS backups are stored on iCloud, which is secure but no encryption at Whatsapp’s end!). and on Android, backups are stored locally (you will find a file for each day and each of them not encrypted!) with an option to enable backing up to Google Drive (even-though Google Drive is secure, no encryption at Whatsapp’s end again!)

Too much info. above? Le’s get into our real lives now!
Well, I use both! Whatsapp for all my daily regular chats & messaging and Telegram for umm… subscribing to ROM channels or contacting developers or for app updates for reporting and of course for sharing large files too sometimes! I don’t have any personal preference as such but due to my purpose of usage, I end up using Whatsapp more than Telegram.
I think there is one thing in each app that keeps users hooked to it. Stories on Whatsapp (initially seen as a mock-up of Snapchat), but due to the already existing user base on Whatsapp, this feature gained traction very well and people almost on daily head over to that section whenever they see that dot next to “Status” (Android) or above the “Status” (iOS). Channels on Telegram – The same story as “Whatsapp Status”, gained traction quickly, and grew on users! There are channels for various topics there – product updates, announcements, information sharing, stock market tips, life hacks, etc.
The point is, though both might be competing with each other by putting incremental efforts (& Telegram actually sets the bar quite high for Whatsapp when it comes to app development). People are indeed using both together in their devices for their own reasons and the reasons may even overlap! (You do DM you own contacts on Instagram too right? – so, the same logic!)

Also, my thoughts on the privacy agenda – Though it’s importance has increased manifold since the last 2 / 2.5 yrs (thanks, GDPR), the fact of the matter is, most…most of the people do not even care about it. The logic is simple, you get to use a platform for all your personal (even professional needs) for free (just by giving away your mobile no.) and forever. This logic well, is completely agreeable, because, what would CBI, FBI, CIA get from going through my chats (if at all they are going through it). But, in the business world, it’s a known fact that this huge collection of mobile numbers (at the minimum) might fetch billions and billions of dollars to them if one decides to just put it for auction! This phrase is very apt here – United we stand, Divided we fall!

The apps discussed above are available for free (it costs by giving some data though!)

Lol…before publishing this article and reaching here I was just going through it to see if I am favoring any app. I seemed to have favored Telegram I guess! – that’s pretty obvious too because Telegram has everything that Whatsapp has (sans ‘Statuses’) and is also more secure. But a more important question is, Which app is being used the most? – Hands down, it’s Whatsapp. While it may not have the bells and whistles of Telegram, it pretty much gets the jobs done and though not as fast as Telegram in introducing features, it does regularly introduce them (& publicly tests them too sometimes), which IMO is completely fine!

First of all, Happy New Year to you, you’ve actually completed a long long year if you are reading this!Now since you are here, it would be so much grateful of you to continue reading Read more…

Well, I don’t know if you missed my content but I have been really busy lately with other things (majorly, redesigning this website, then almost goofing it up, then finally done!). Anyway, without wasting your Read more… 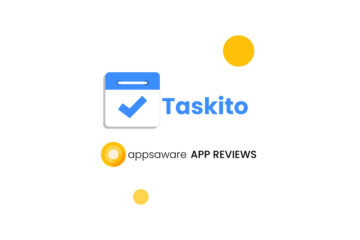 Taskito – A refreshing take on ToDo, Planning and Journalling

Another week…another app… I am sure (pretty sure) that many people need and in fact be using ToDo lists no matter in what manner…PC, mobile apps, notepad, emails, etc. I don’t say any method is Read more…